Well, not an official one, but my personal one to South Africa. I know, such a hard life!

To make up for my lack of insight into the Birmingham game, (Ellen White wasn’t playing so how insightful could I truly be?!) and the Bristol game (cracking goal by Rossy, who was gifted the ball accidentally) have a picture of a snarky penguin. 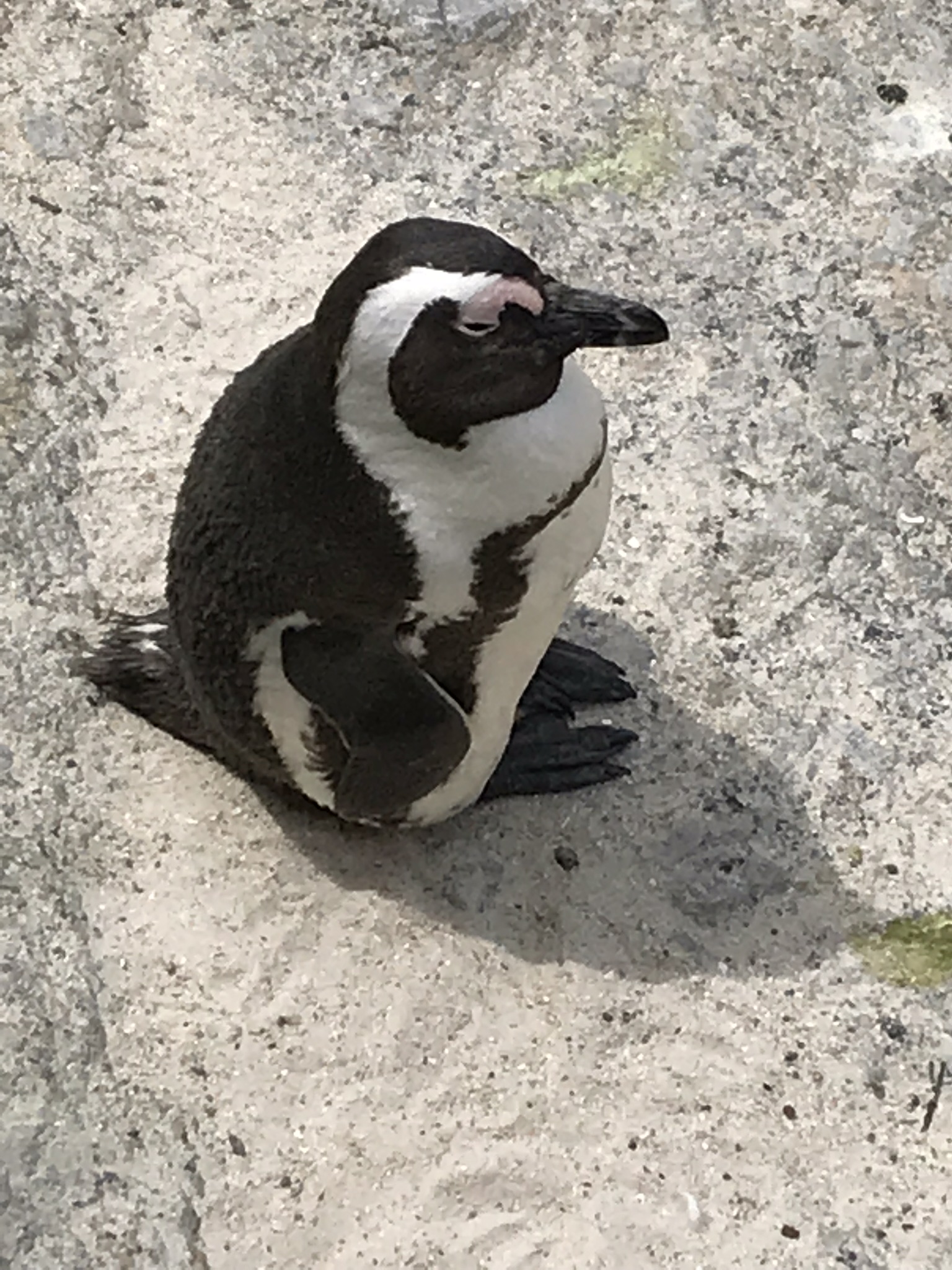 However, in South Africa, I had a brilliant Hammers moment.

I was sat in a bar in a cape town, casually stealing their WiFi and waiting for my best mate to return with my best. Out of habit, I flicked on to Instagram and mindlessly started scrolling.

Raff had posted something, I wagered another pic of one of the dog. Now the WiFi in South Africa is not great, so it took an age to load and I could only make out a claret and blue blob. So not the dog then.
The blob started to look increasingly familiar. Wait a minute. That blob is ME!

Raff had used to the photo that we took at City for a new post. 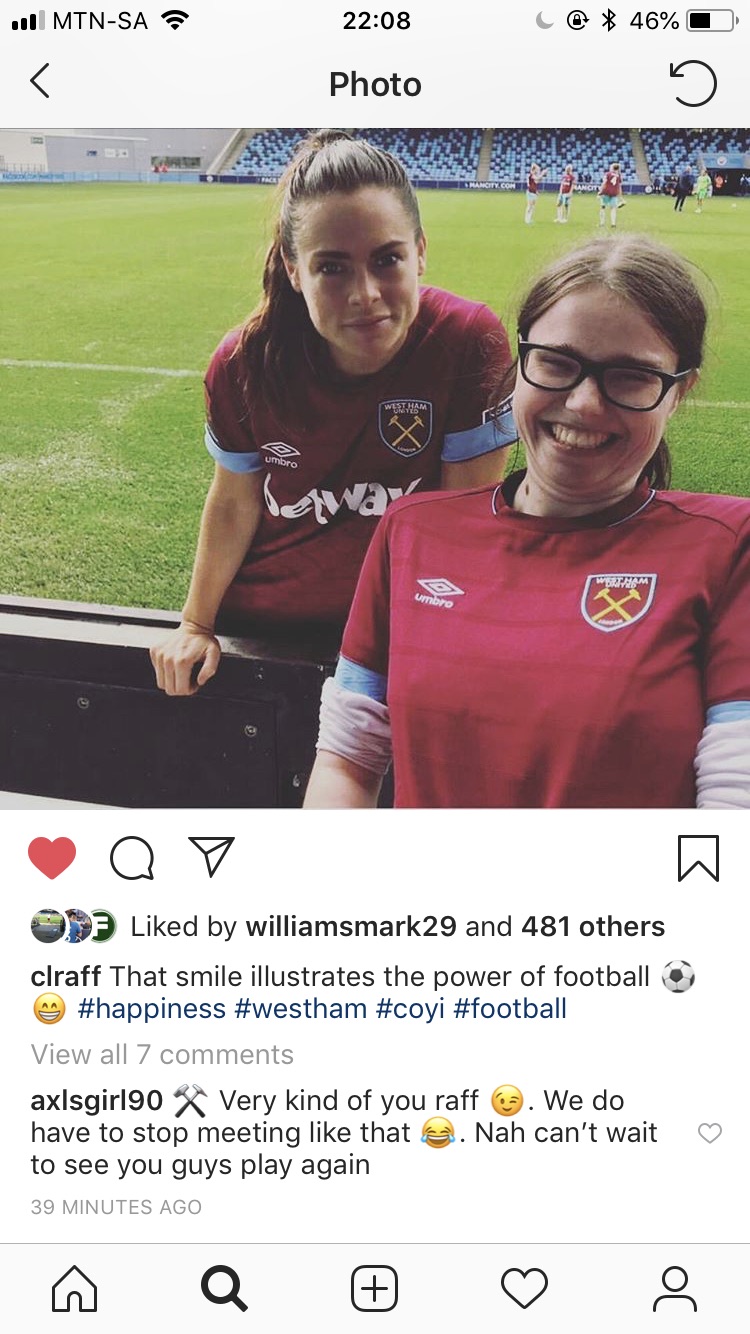 Remember when Crick said that Raff looked done with me in that other photo? Haha, who’s laughing now.

After two weeks of sunning myself in the Cape, it was time to get back to it. This time it was to a different south coast, to go to watch us Hammer some Seagulls. See what I did there?!

(Note to RSPB no actual seagulls were harmed in this match, though I think Laura Rafferty did take a few harsh knocks).

Ah, I had oddly missed the M6.

Having had the fun of Emma’s company for the last match, I had convinced Ed to come on the away day jaunt with me.

Ed is a Chelsea fan (he takes good photos so I deal with that fact, but doesn’t mean I like it). He came over to the dark side when we got three of their key players and we have kept him ever since.

I like Ed, well most of the time.  We started talking over Instagram, met face to face at a bus stop (not as sordid as it sounds) and he’s a good laugh on the terraces. What Ed is not good at is giving directions about where he is.

We had decided the connection at Three Bridges was the best place to meet.

’Whereabouts on the train are you?’ I panted as I was sprinting over the bridge to make said train.

’I dunno, near a door in the middle somewhere.’
I think he must have picked up on the eye roll in my silence as he added rather helpfully ‘Near the train sign thing.’

Sorry, did I say, helpfully dear readers? I meant uselessly.
By some miracle I found him and we finally were Crawley bound.

Brighton is another club that seems to suffer from attendance issues, due to being far away from its male counterparts. A constant problem cropping up within the women game.

Clubs want to have a team but become quite clueless about what to do with them when they get them.

The move to Crawley seems to have hindered not helped this season, with many fans not coming over with the transition. On the one hand, I get it. On a miserable day, if it’s not easy to get to, then why bother?!

On the other hand, I travel around 220 miles for a home game, so my sympathy does not run very far.

We arrived to a smattering of claret and blue shirts and some familiar faces. The away support, though tiny, was starting to become consistent.

I also finally met another internet friend in person.
Fairerplay, or Rich as his parents actually christened him, was another recent WHU convert. I don’t actually know where his allegiances previously lay, I just know that he came over thanks to Raff.

Straight out of the gate, we started strong. A quick Raff corner led to a powerful header from Gilly. It was only the quick reactions from the Brighton keeper that kept that rocket out. Buoyed by the Bristol win, West Ham were on the attack and were battering the Brighton defence. Chances from Ross and De Graaf quickly followed but we couldn’t quite finish them.
Brighton, however, were finding their pace and were intent on testing Moorhouse, who after a brilliant performance against Bristol, was keeping her place in the starting line-up. A scrambled save from Moorehouse after a power Brighton shot kept us on the even keel before the break.

Gully, the Brighton mascot, was wondering around at half time, waving at the children, taking photos with the officials, generally trying to get the atmosphere going. He looked generally quite affable until he walked past the small bank of West Ham fans.

All I did was give him the crossed hammers, but I swear if a mascot could scowl, that bird did.

It’s not my fault, I just hadn’t found any children to wind up, my usual source of amusement.

Ed was also a target due to his apparent defection to West Ham.
’So you’re a Hammer now since you’re coming to away games?’

’No. I still support Chelsea, I’m only here because you made me come.’

’Nah you’re definitely a hammer. We’ll have you in a Claret shirt before the season’s out.’

’No you won’t. I support Chelsea.’

’Mate, if you support Chelsea so much, then why are you here? Chelsea are playing Reading at Kingsmeadow today. Surely that’s easier than coming here!’

Again we came out quick and hard against a battering opposition. We were let off when Kayleigh Green decided to shoot instead of pass a loose ball. The shot was wide but would have been just above Moorhouse’s fingertip reach. In general though, possession was ours and you could feel a goal was coming.

A long ball by Kate Longhurst was caught by Simic, who ran up with the wing at blistering pace. She whipped in a clever cross for the fox in the box to latch on to. Jane Ross’s second goal in as many games, finally finding her form.

That goal kept us pushing, seeking a more decisive win. Close calls again from De Graaf and Lehman would have cemented it but 1-0 was to be the final score.


Afterwards, we hung around to say goodbye to the players.

Glenn, my goalkeeping coach friend, came over to say goodbye. Except this one was permanent. Having been snapped up by Dagenham and Redbridge, this was his last game.

‘Here, I have something for you as a thank you for supporting the girls.’ He handed me his West Ham training shirt and hat. ‘Go on, you can have those’ .I think my smile was brighter than the Blackpool Illuminations. 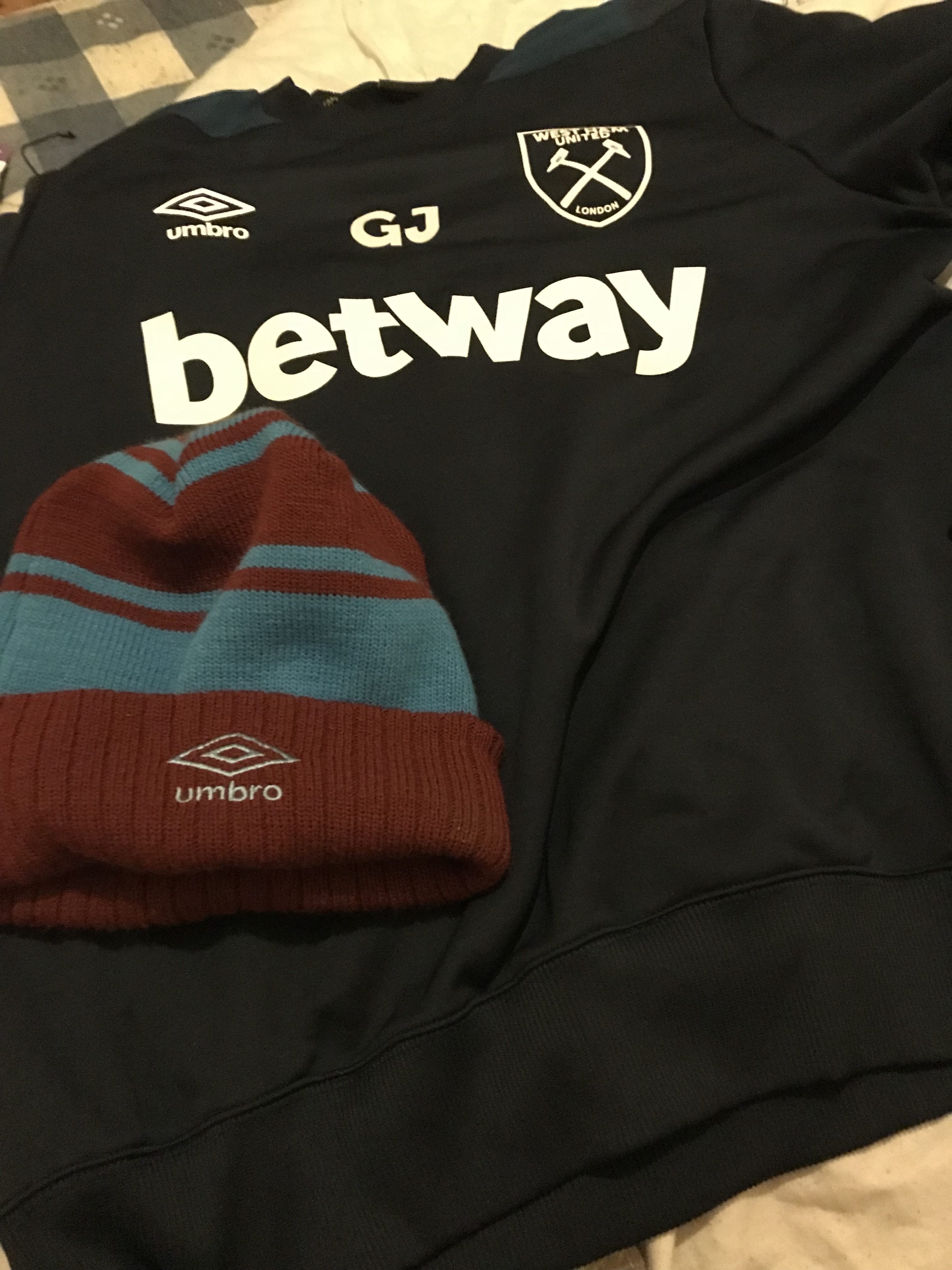 Bri, Rosie and Julia came out to chat briefly. Bri gave me a hug and was asking about my recent travels. Julia, looked curiously at Bri and me all chummy, seemed to be wondering if I was safe.

’Hi, I am Julia!’ She thrusted out her hand for me to shake.

Bri laughed ’Rather formal, isn’t she? Julia Simic, Official West Ham Ambassador!’ We learned that Julia’s English word of the day was Euphoric. This was after some general charades between the three players trying to work out what Julia has meant.

Bri kindly updated  the others on my travels. Thanks, Bri saved me a job. I lamented that it was next week that was going to kill me.
Rosie looked horrified that I was even considering Yeovil away.
’Yeah, I am trying to convince this one to come with me.’ I pointed to Ed.

This led to a lot of Ed-badgering from the three players and another filthy look to me from Ed.

‘Mate, I am going to be travelling for 31 hours over two days for this. You have no excuse.’

He couldn’t argue with that

With that, we bid them farewell and headed to the station. And, as wonderful as South Africa had been, I had missed my football team much more.

Next time, I am on a pilgrimage to the southwest, I make my longest journey to date and Mary Earps confirms that I am insane.

Where are you going that Bournemouth is the halfway point?
Scroll to top